Even the name conjures images of the industrial revolution – the internal combustion engine. At its inception it was a marvel of moving parts and complicated interactions delicately balanced yet prone to failure if not constantly attended to, dazzling us with raw power that hid its dirty secrets.

But no matter how many flavours were dished up over the years to hide the horribly inefficient, highly toxic combustion engine we are all beginning to realise just how old tech this industrial age hang over really is now that iteration two of EVs with long distance, high performance and new tech smooth driving has arrived. 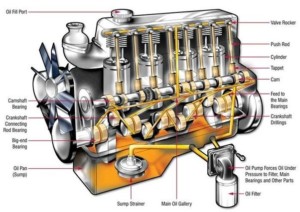 Recent announcements in France and England have put the execution date on the internal combustion engine at 2040. Others will follow or have already set their own targets even sooner such as India (2030) Norway and the Netherlands in 2025. Four major cities recently voted to ban diesel vehicles – Mexico, Paris, Madrid and Athens all intend to implement the ban by 2025.

Of course the big recent news is that China is drawing up a timetable to end petrol and diesel vehicles from its fleet. The implications of this announcement are monumental as it confirms the shift from the worlds biggest car market to clean vehicles.

It must now be clear even to die hard industry opponents of change that the game is over as mainstream media announce the funeral. Now it’s musical chairs to see who will be left standing. Volvo have recently hoisted their flag to all electric or hybrid vehicles commencing 2019 as has the iconic Aston Martin brand. VW have committed billions to the transition and seem determined to stake their claim on the future with 300 electric models planned across their brand by 2030. All the major manufacturers are scrambling to play catch up.

There are still a few sitting on the fence, a two bob each way bet, not fully convinced they need to jump so quickly. The fence sitters will be shut out.

With the rate of technological change happening in the EV space, the speed of development and improvements in both costs and technology will reveal ICE vehicles for what they have become – bad deals. One hundred year tech, toxic exhaust, expensive to operate, expensive to maintain, 20% efficient, poor performance, restrictions on use and plunging resale values as the penny drops.

The economics are about to switch or may already have for total cost of ownership. Over the next eight years, around 2025, higher performance, cheaper to operate, longer range EVs will be cheaper to buy than the cheapest ICE vehicle.

There may even be ICE graveyards of unsaleable vehicles as people realise and start ditching their unsaleable ICE cars. This has already happened in Madrid as news of the diesel bans spread. Unsaleable diesels are ending up on lots in Madrid and being exported overseas as no one wants them locally. Resale values for are dropping precipitously in Europe as the crackdown on the toxic machines intensifies. 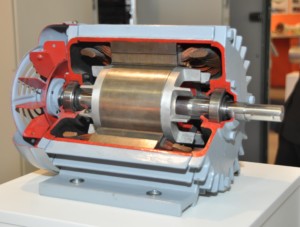 It will be a move from analogue to digital. The vehicle will be and in some cases already is a computer on wheels and we are all aware how each iteration of technology improves and reduces in cost. There is no place in this new digital transport age for toxic industrial revolution technology.