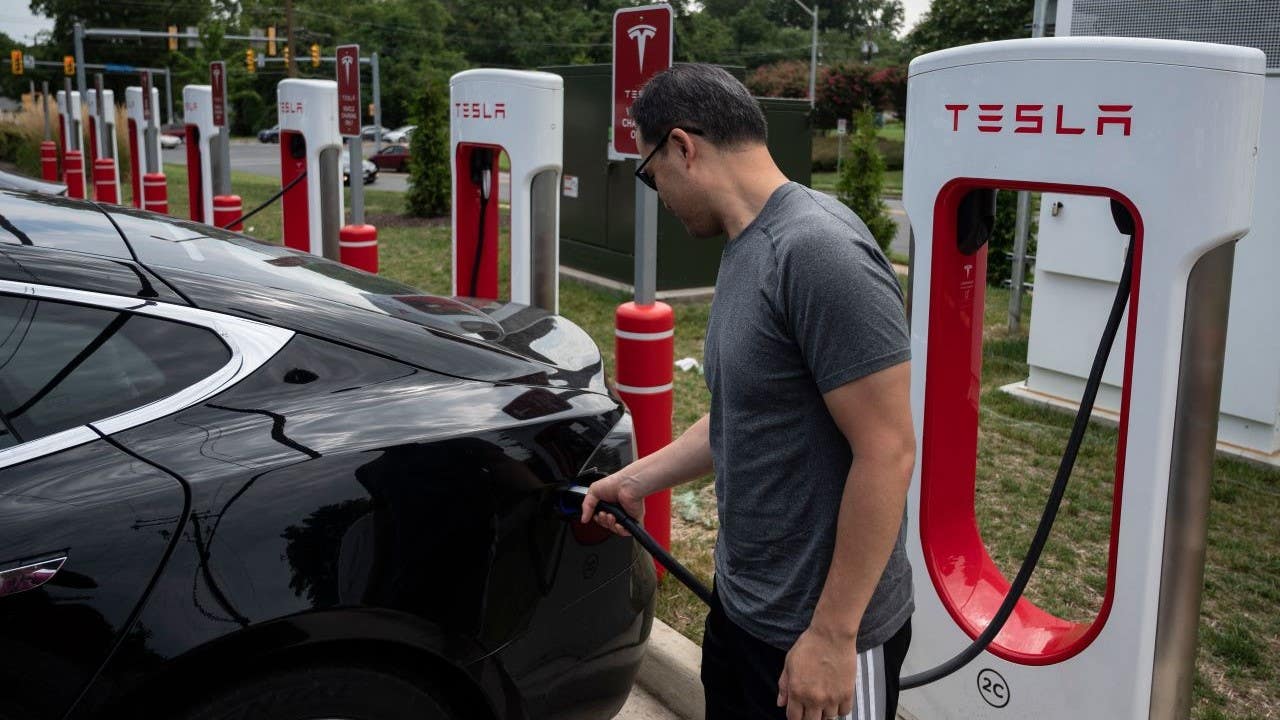 The transportation industry is in the middle of a massive transformation that could potentially bring trillions of dollars to the global economy. At the center of this shift are electric vehicles (EVs), where the products are designed to be more energy-efficient and connected than traditional automobiles.

The International Energy Agency (IEA) estimates that global consumers spent $120 billion on electric car purchases in 2020, marking a 50 percent increase from 2019. While this figure accounts for only about 5 percent of total car sales, the potential for the EV market to expand is compelling.

All these initiatives could propel the EV industry to new highs.

Why invest in the EV industry?

Over the next decade, the IEA predicts 145 million EV vehicles could be on the road, up from just 10 million today.

To gear up for the increased demand, most of the largest carmakers have vowed to hit electrification targets by 2030, reconfiguring their production lines to build more EVs.

For example, Ford says it plans to invest $30 billion in electrification efforts by 2025, pledging that by mid-2026, 100 percent of its passenger vehicles in Europe will be zero-emissions capable, moving to all-electric by 2030. By then, the company predicts that 40 percent of its global sales will be fully electric vehicles.

Likewise, General Motors, the largest U.S. automaker, announced plans to invest $27 billion in electric and autonomous vehicles over the next five years, offering 30 all-electric models globally by 2025. In addition, the company plans to be carbon neutral in its products and operations by 2040.

As availability for EV increases and economies of scale materialize – potentially bringing down production and battery costs – the research firm IHS Markit forecasts that global EV sales could increase at an annual compound growth rate of about 50 percent through the year 2025.

Driving towards a sustainable future

The United Nations (UN) has labeled 2021 a “make or break” year to fight global warming, calling for a 45 percent reduction in global carbon emission by 2030, from 2010 levels, to prevent irreversible damage to the planet. As a result, the UN has issued a “red alert” for humanity.

As part of a collective push to reduce our footprint on the environment, policymakers in the United States, China, the European Union and other regions around the globe are implementing mandatory targets and policies in an effort to lower CO2 emissions in the transportation sector.

In the U.S., for example, President Joe Biden recently issued an executive order, setting a national goal for 50 percent of all new vehicle sales by 2030 to be battery-electric, fuel-cell electric, or plug-in hybrid.

According to the Environmental Protection Agency (EPA), transportation accounts for about 29 percent of greenhouse gas emissions in the U.S. The EPA estimates that removing one gas-fueled vehicle from the road can prevent roughly 4.6 metric tons of carbon dioxide from infiltrating the environment each year.

According to the IEA, the growth and impact of the EV industry depend heavily on how successful policymakers are in developing a comprehensive framework that supports the industry.

Apart from EV adoption rates, the decarbonization of electricity generators and building a global charging network, for example, are fundamental. But, beyond those efforts, shifting to sustainable business practices, such as efficient waste management, will also be crucial for long-term success.

From electric-vehicle makers like Tesla (TSLA) and NIO (NIO) to semiconductor producers like NVIDIA (NVDA) and Intel (INTC), to cloud providers like Microsoft (MSFT) and Amazon (AMZN), many of these names will be essential for ensuring vehicle safety, intelligence, and efficiency in the emerging space.

Also, investors should pay close attention to valuations on EV-related stocks, which may easily become stretched in such a hot sector. That’s especially true for individual stocks but can also apply to ETFs. While a diversified sector ETF can help protect you against blow-ups in individual stocks, it won’t protect you against a sector-wide fall, if valuations on EV stocks come down.

Like other thematic investing types — such as blockchain technology, cybersecurity and real estate — one easy way individual investors can gain exposure to EVs is through exchange-traded funds (ETFs).

Essentially, an electric vehicle ETF holds a basket of publicly traded stocks in the industry. These companies can either directly manufacture electric vehicles, automotive parts or provide services that support the evolution of electric cars.

This niche area of the ETF market remains relatively uncrowded, with only a handful of players in the space. Before investing, consider reviewing the fund’s prospectus to better understand the investment strategy, holdings and fees.

The fund invests in global companies that produce electric vehicles, autonomous driving cars, batteries and other products and services that support the industry.